Spirit of the Moment 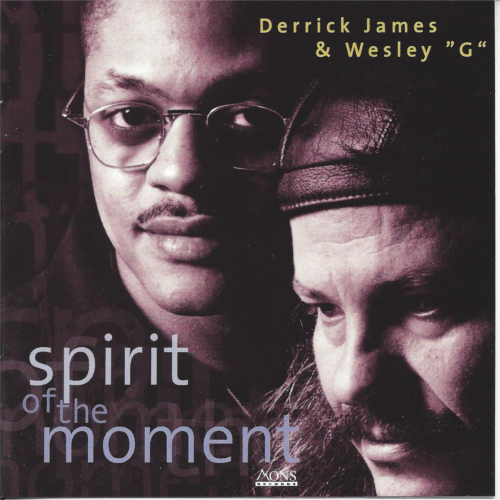 DERRICK JAMES (saxes). With a rich experience belying his years, James' credentials include having performed with Chaka Khan, Billy Cobham. Prince, The Supremes, Whitney Hauston and Gloria Estefan ... With long time soul mate and write-hand man WESLEY "G",James has put together a top notch, weil knit group,Co-leader Wesley Gehring was born in Wiesbaden, Germany. He first studied clasical guitar but was soon captivated by the sounds of Django Reinhardt. Later B.B. King, Wes Montgomery and Joe Pass served as touchstones, paving the way of his own identity. Sitting in and/or playing professionally in Frankfurt, Paris and other majorvenues around Europe, Gehring soon became a 'must-have-him' on the jazz scene: and before you could say "Let's hit", was performing with many of his heroes such as Percy Sledqe, John Harnmond. Pete Lancaster. Birelli Laqrene, and B.B. King. Derrick James and Wesley G. take a walk on the Wes side, from Post-Bop to West Coast Jazz to dat funky stuff.If you like Candy Dulfer or Tom Scott or Wes Montgomery or Michael Brecker or Maceo Parker ... you are going to love this album. 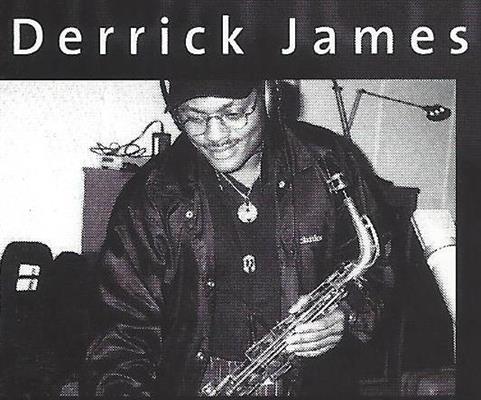 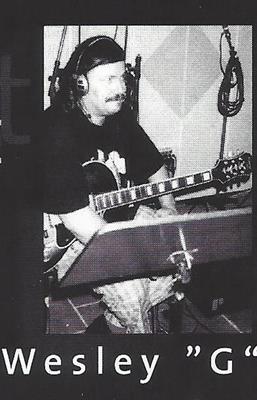 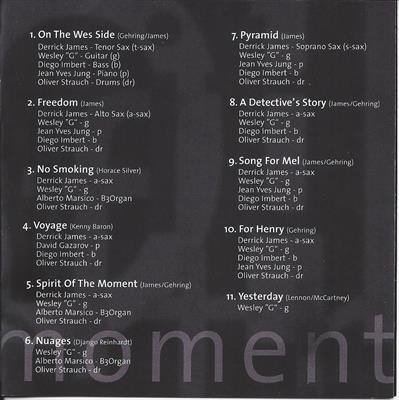