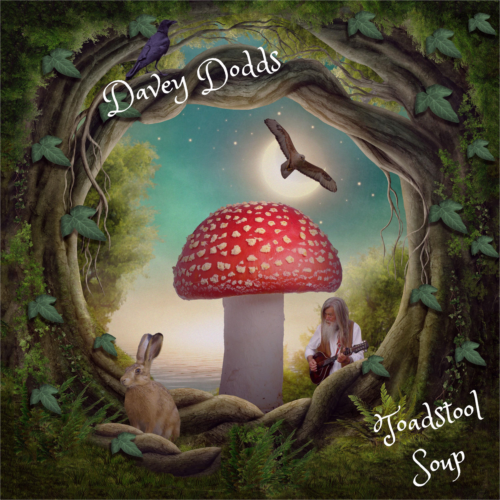 PROG Magazine March 2020DAVEY DODDSToadstool SoupCOALSHED MUSICPagan 'rock'n'reel from Detectorists-influencing Cornish folk master.Fans of cult TV show The Detectorists will already know the extraordinary work of psych-folk artist Davey Dodds through The Unthanks' cover of The Magpie, which features in the end credits. For older prog fans, Dodds will be remembered as frontman for English proggers Red Jasper.Toadstool Soup, his follow-up to 2017's Kernowcopia is a startling reminder of the power of psychedelic folk. When an album opens with a line like 'Granny is a cannibal', you know you're in for a treat. The 'Granny' in this case is a pike, and Dodds' Kernow-inspired acoustic folk is every bit as strange as you might hope.On tracks such as Three Lines And A Whip, Dodds' voice-part-pagan priest, part-jester-is disconcerting, as if you've just stumbled into an ancient forbidden ritual. Equally, his arrangements of traditional tunes channel Comus via The Wicker Man and a bit of Richard Dawson. The band is impressively intense, especially the work of Carlton Crouch on pipes and recorder, while Colette DeGiovanni brings sweet harmony to Sing The Sun. This album is a must-have for anyone wanting a glimpse into a rare and exciting musical talent. RMFolkin.comDavey Dodds, rather belatedly it must be said, has had fame thrust upon him all because of a song he wrote back in the 1970s. The Unthanks recorded ‘The Magpie’ which was then used in The Detectorists and that resulted in a namecheck by Sam Lee from the stage of the Royal Albert Hall. Davey shrewdly re-recorded the song for his previous album, Kernowcopia. Although starting out as an unaccompanied folk singer, Davey’s passion was always prog as anyone who heard his band, Red Jasper, will testify and his second solo album, Toadstool Soup, falls between the two stools.The opening track, ‘Lucia’, harks back to Davey’s other career as a fishing guide and the song concerns that most voracious of British fish, the pike. The words are definitely prog and could easily be death metal and the music is prog-folk, I suppose, with Davey on mandolins, whistles and percussion supported by Martin Solomon on violin and harp, Carlton Crouch on border pipes and recorder and Collette DeGiovanni, who also designed the booklet, on vocals. The sound manages to be light and earthy at the same time.Two things are immediately apparent. Firstly, Toadstool Soup is, inevitably, rather more polished than its predecessor since Davey effectively started his career anew just a few years ago. Secondly, the album concentrates more on instrumentals and one or two of the songs sport long codas. The second track, ‘The Rocky Road To Bodmin’, combines one of Davey’s own tunes with the more familiar Dublin-bound piece and shortly after we have an adapted version of the ‘Sheep Crook And Black Dog’ tune. Between them is ‘Three Lines And A Whip’, a song about dark deeds in London and nothing to do with horses. ‘Sing The Sun’ is derived from pagan religion as, in its own way, is ‘Dancing With The Jedi’.If you were around the folk clubs in this neighbourhood during the 1970s you will immediately recognise ‘The Drinking Song’ and Davey invites Jim Mageean, who recorded the song with Johnny Collins way back then, to join in on vocals. It takes me back, I can tell you.Finally, we have the three-part title track, with instrumental variants, a slow air and a jig, framing a song about a fairy seducer and where better to go for inspiration than William Butler Yeats. If you’re going to steal, steal from the best. Toadstool Soup is really good and I hope it enables Davey to travel and perform rather more widely. It would be nice to see him again.Dai Jeffries 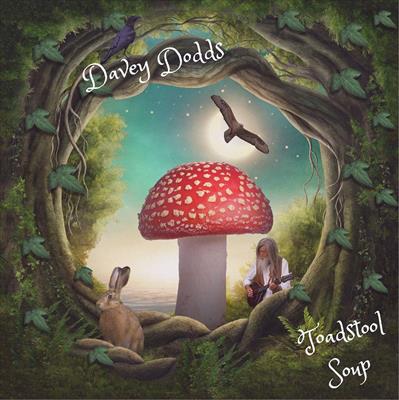 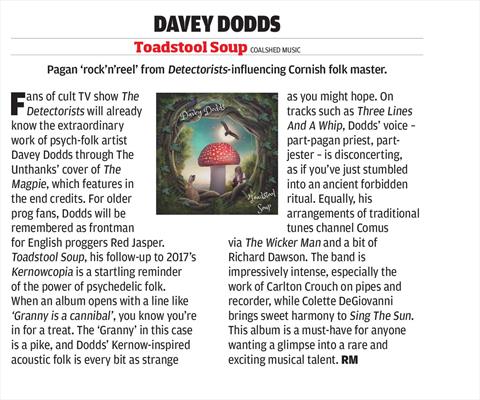