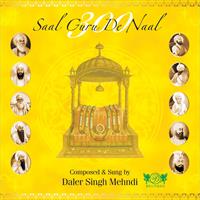 In completion of 300 years of Sikhs (Sikhism - a religion) Holy granth - Guru Granth Sahib a yatra started from Nader Sahib also known as Hazoor Sahib, Maharashtra named Jagrati Yarta. It travelled the whole of India to make people aware of what Sikh Gurus have done to protect other religions, also how to get close to God through devotion. The Sikhs consider the first Sri Guru Granth Sahib, to the status of the Word Guru that places each Sikh into immanent protection of the Guru himself, making him deathless in defense of truth & justice, & two, putting an end to his own worldly journey, yes of his own volition. This explains why the exalting of Sri Guru granth Sahib is called as “GURTA GADDI” in the Sikh tradition & the 2nd event is called “Parlokgaman” or heavenly journey of the Guru. These two events took place on October 5 & October 7-8, 1708, respectively. Additionally, it was from Nanded that Gurujisent Banda Singh Bahadur as the first Jathedar of the Sikh Panth to Punjab to fight the Moghuls. It is he who shook the Moghul empire to its very foundations. Another great importance of Nanded is that the sacred Godavari alias the Ganga of the South flows through this town & hence it was a great centre of spiritual quest even in earlier times. For Sikhs,300 Saal Guru de Naal - the Tercentenary Celebrations of these 2 great events in 2008, will mean rededicating themselves to the Guru. In the words of Daler Mehndi “This album is dedicated to the 300 years celebration of Gurugaddi Diwas of Sri Guru Granth Sahib ji. I am grateful to have received this opportunity to have witnessed this celebration in my life time and to serve with Kirtan and be a part of this Historical moment. Our guru is “Sada Ang Sang” (Always with Us), so I feel one must celebrate the Guru’s blessings, every moment of one’s life. 300 saal Guru De Naal, Har wele har dum Guru de naal. Waheguru Ji Ka Khalsa, Waheguru Ji Ki Fateh.” -Rab Rakha, "Daler Mehndi" 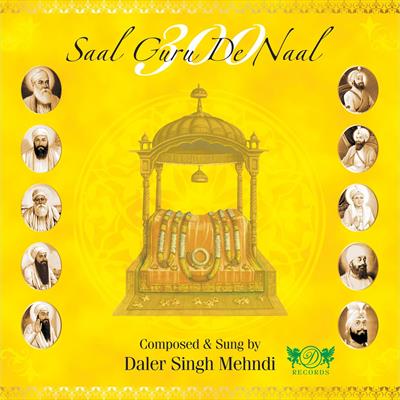