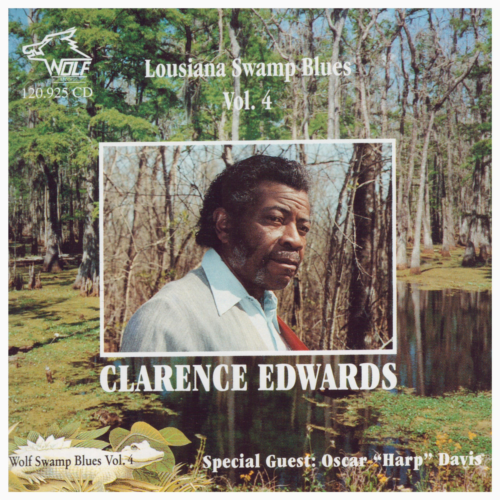 Clarence has been playing since he was 12 and learned from Charley Patton 78s on his grandfather's Victrola.He represents the Swamp blues today and is both a great singer and guitar player. Oscar Davis is one of the best harmonica players around. Unfortunately, few people outside of Baton Rouge have heard him since his first recording and he travels little.