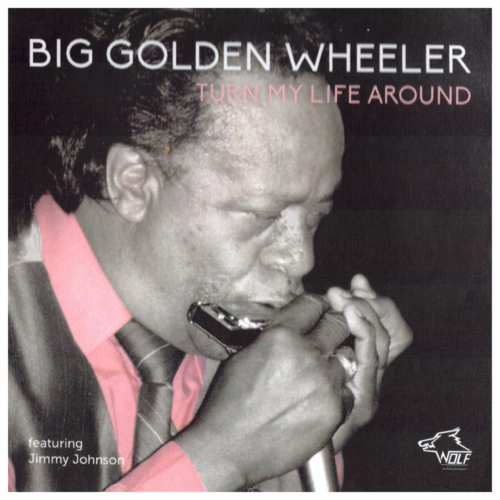 In the 90’s Big Wheeler was a friend of the great “Jimmy Johnson”. Jimmy himself produced a CD that Big Wheeler could sell from stage. Wolf Records received this CD from Big Wheeler himself to publish it, but just one year ago Jimmy and Wolf Records made an agreement to release it. There are 8 songs by Big Wheeler and one instrumental by Jimmy Johnson himself (“Blue Guitar”). And all sidemen instruments were played by Jimmy himself. There are also two recordings from a record session in 1989 with the Wolf All Star Blues Band including John Primer, Willie Kent & Tim Taylor.