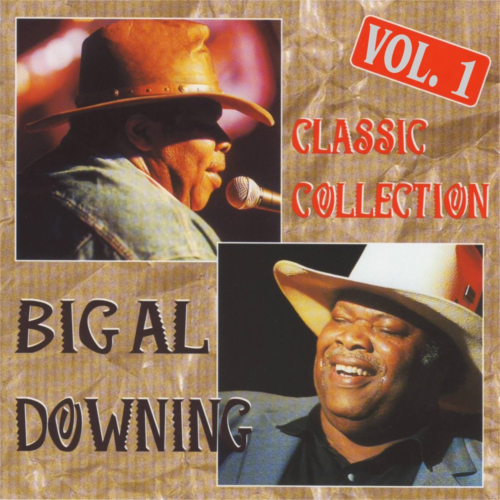 Al Downing (born in Oklahoma on January 9, 1940 - died in Massachusetts on July 4, 2005), later known as Big Al Downing was an entertainer, singer, songwriter, pianist. A recipient of Billboard's New Artist of the Year and Single of the Year Awards in 1979, a member of the Rockabilly Hall of Fame, was frequent performer at the Grand Ole Opry, nominated as Best New Artist by the Academy of Country Music and has appeared on Hee Haw, Nashville Now, and Dick Clark's American Bandstand televisions programs. Big Al's was a back-up singer for Country/ Rock 'n' Roll entertainer Wanda Jackson, made a hit on one of Jackson's biggest recordings, Let's Have A Party, released in 1960, it was an enormous hit in Japan and Europe, reaching No. 32 in the U.K. and Top 40 on the U.S. Pop chart. Fats Domino recorded two songs Downing wrote, "Mary, Oh Mary" and "Heartbreak Hill". He reached Top 80 Pop hit, You'll Never Miss The Water (Till The Well Runs Dry), a duet with Little Esther Phillips. He signed with Warner Brothers. A 1974 single, I'll Be Holdin' On, made the Disco charts in America and Europe. His number 1 hit on the Hot Dance Music/Club Play charting in 1974 with I'll Be Holding On. Al Downing went on to a successful country music career, charting several hits on the country charts between 1978 and 1989. His hit, Mr. Jones, which charted in the Top 20, then Touch Me (I'll Be Your Fool Once More), the following year which went Top 20 was released by Warner Brothers in 1978. He had compiled a stockpile of his own songs that he presented to his producer at Warner Brothers and Country was the consensus vote of what he did best. 1978 brought Mr. Jones, which charted in the Top 20, then "Touch Me" (I'll Be Your Fool Once More), the following year which went Top 20. The song showcased his ability as a vocalist to soar, then drop to an emotional sill. The same year also produced "Midnight Lace," charting in the 50's, and the flip-side, "I Ain't No Fool," which reached the upper 70's. The "Story Behind The Story" charted the following year, reaching the Top 40 and then, "Bring It On Home" reached the Top 20. Two years elapsed before he saw another hit, this time on the Team label. "I'll Be Loving You" went Top 50, followed by "Darlene," which reached the lower 60s, both in 1982. The following year, It Takes Love went Top 40, followed by "Let's Think About Love," which peaked in the mid-60s. "The Best Of Families" reached the Top 50 in 1984, and that year saw Al's final Team hit, "There'll Never Be A Better Night For Being Wrong" which only made the Top 80. In 1987, Big Al signed with the Vine Street label which released "Oh How Beautiful You Are" (To Me) and "Just One Night Won't Do," both which only reached the Top 70. Two years later he was signed with Door Knob Records and had the 1989 Top 100 hit, "I Guess By Now," which was his only chart entree with that label. Artists Bobby "Blue" Bland and Tom Jones have recorded Big Al Downing's songs. Downing's music style were across Disco, Pop, Rock and Roll, R&B, Blues, Roots, Gospel and Country. He performed rhythm and blues and disco in the 1960s and 1970s while living in Washington D.C., but he eventually reclaimed his musical roots by turning to country. Big Al Downing built a five-decade career around his powerful singing voice and his hard-driving rockabilly-style piano. Downing's compilations of earlier work has been released around the world. Crazy Music obtained exclusive rights for original Warner/Team recordings and released these in the form of a 2-CD box "Classic Collection", contained his earlier hits incl. Mr. Jones. Big Al Downing sadly passed away on July 4th, 2005. 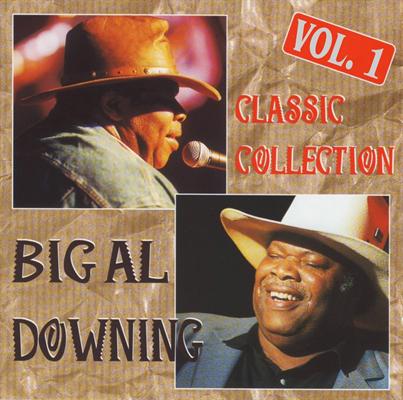