Austrian vocal acrobats Bauchklang (meaning "gut sound") have already received international accolades for their unique genre-crossing sound, created without using any instruments other than their voices. Which makes Bauchklang the epitome of a live band, and an unforgettable experience for audiences after they have overcome the initial surprise. The stunning mixture of Electro, Dub, and Hip-Hop not only earned Bauchklang two "Amadeus Awards" (the alpine version of a Grammy) at home, but travelled well abroad. With just their microphones to bring, they became regulars at the most prestigious European music festivals, and now can boast with fan communities in over 20 countries, including diverse places like Canada and India. Four years after their last album release, the self-professed "vocal groove collective" now emerges tightened to five members, audibly ripened, and with the new release. Which marks the launch of a new phase of Bauchklang going global, including a fresh web platform, new collaborations with artists around the world, and an international film project. 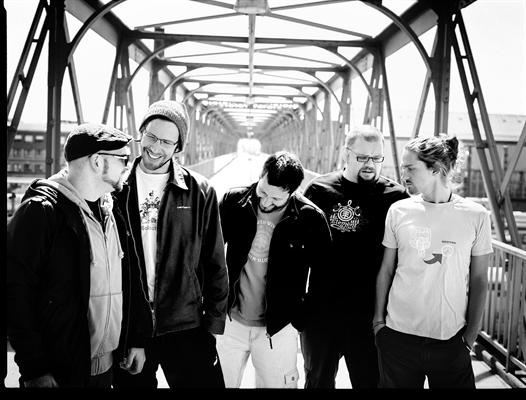