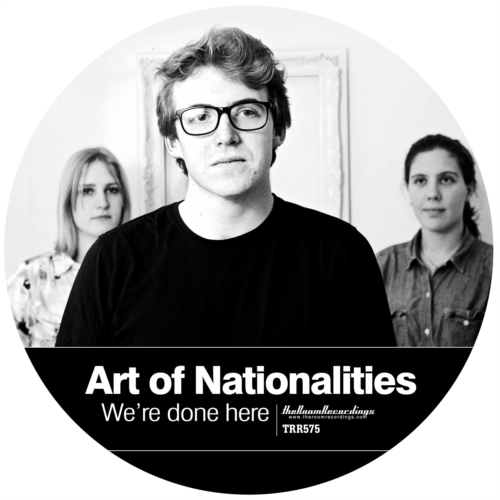 Art of Nationalities is an indie pop/rock band based in Amsterdam. Influenced by different bands, cultures and music they started to develop their own sound.Soon there first single “We’re done here” will be released. Also they perform on the MUSIC™ LABEL NIGHT 2018 in Maassilo Rotterdam.BandmembersJoe Jackson (Liverpool, England) provides the band with his atmospheric guitar parts, touching vocals and meaningful lyrics.Saskia Clapton (Sydney, Australia) is responsible for the groovy, playful bass lines that counteract the guitar in a refreshing way.Sophie van Dommelen (Haarlem, the Netherlands) plays the drums in a tight, full sounding minimalistic way. She is the foundation of this band.Art of Nationalities is inspired by: The Killers, Triggerfinger, Talking Heads and The Black Keys. If you are ready for a groovy new international sound you should listen to the songs of this enjoyable band.