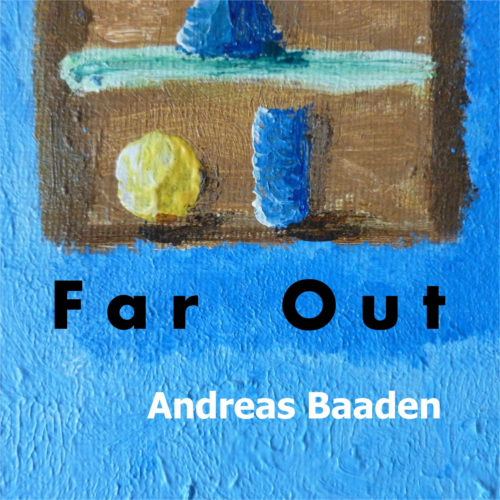 Far Out - the new album by Andreas Baaden

Surprising electronic music: “Far Out” by Andreas Baaden 12 tracks, time: 72:37 minutes track list: 1. Far Out 6:55 2. Spider's Gumdrop 3:10 3. First Light 3:35 4. Away in the Sky Part 1 3:29 5. Rain 4:04 6. Sector 9A 8:47 7. Strange Encounter in Lunar Orbit 9:43 8. Antares Arrival 9:47 9. Away in the Sky Part 2 6:05 10. Void 5:27 11. Circle of Dreams 4:21 12. Trouble in Space 7:03 mastered by Andreas Ollhoff cover art by Lisa-Marie Baaden With his sixth album “Far Out” German EM-artist Andreas Baaden takes us on a journey into deep space – and into the hidden dark spheres of human nature. On “Far Out” Andreas sticks to his concept since the album offers a variety of styles and therefore a lot of contradictions. Dark ambient psycho tracks like “Void” form a sharp contrast to extensive rock-based pieces like the nearly 10 minutes long “Strange Encounter in Lunar Orbit”. “Sector 9A” is a mélange of Latin Music and EM. The album contains two very different versions of “Away in the Sky”. Part 1 is a lively and funny piece with a music-box-sound while Part 2 reflects the eternity of death. „Antares Arrival“, „Trouble in Space“ and the symphonic „First Light“ tell other stories of eternal voyages. The easy-going electro-pop instrumental „Spider's Gumdrop“ recalls the forgotten flight of Apollo 9 in spring 1969, when the first lunar landing was tested in earth orbit – featuring the lunar lander “Spider” and the Apollo command module “Gumdrop”. Furthermore, there are also two chillout tracks on “Far Out”: “Rain” and “Circle of Dreams”. Those who love changes will find them on “Far Out”. This stylistic diversity may also result from the fact that Andreas is playing keyboards in the rock band Basement Two in Bonn. They perform some of his songs in other versions and with vocals. Most of the tracks have been developed in live improvisations in Andreas' studio in Aegidienberg. They have been mastered by Andreas Ollhoff. Andreas' daughter Lisa-Marie Baaden has painted the cover of “Far Out“. Andreas Baaden (54) plays electronic music since the eighties. He has been living together with his family in Aegidienberg near Bad Honnef since 1995. His music is inspired by the beautiful landscape of the Siebengebirge. Fans of Tangerine Dream, Genesis, Pink Floyd, Michael Rother, Jean-Michel Jarre, Schiller or Coldplay surely will like “Far Out”. Andreas Baaden's albums are available in most online music shops (e.g. iTunes, Amazon, musicload, ...) Discography Andreas Baaden: Gamma (2005), Brighton Serenade (2008), Turning Point (2009), Slow Down (2010, also available on CD), Polarlicht (2012), Far Out (2013) More about Andreas Baaden: www.facebook.com/abaaden www.myspace.com/andreasbaaden www.andreasbaaden.de 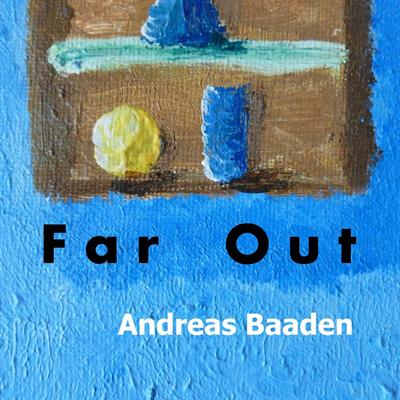 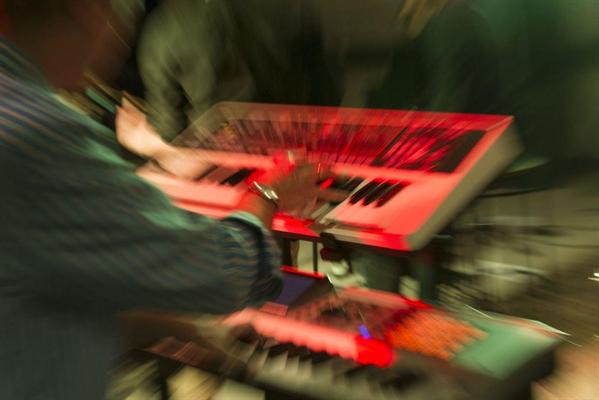 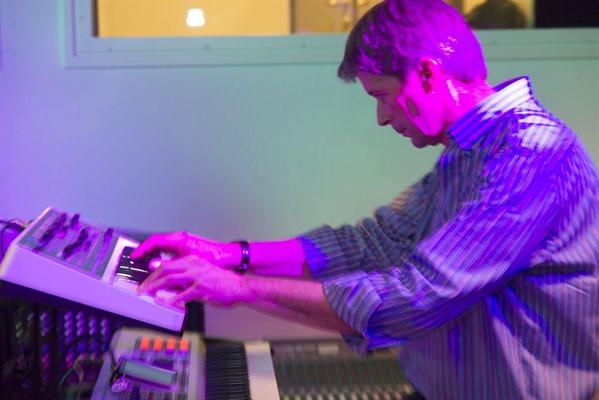