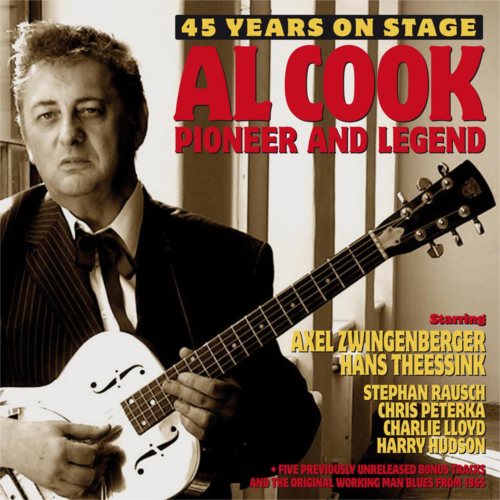 Austria may be rated as one of the most unlikely countries to line up with a colorful blues scene, but its founder celebrates his 45th anniversary as the hardest of the hardcore bluesmen. It was on October 17, 1964, when the 19 year old Al Cook entered the stage to make it as a rock and roll singer and accidentally slipped into the world of vintage country blues. He influenced most of the blues musicians in his country and though sometimes controversial, Al Cook is still a well respected celebrity, bearing the golden cross of honor, presented by the mayor of Vienna in 2006. The official release of Pioneer And Legend was on November 7th 2009 during the concert of Al Cook in Metropol, Vienna.