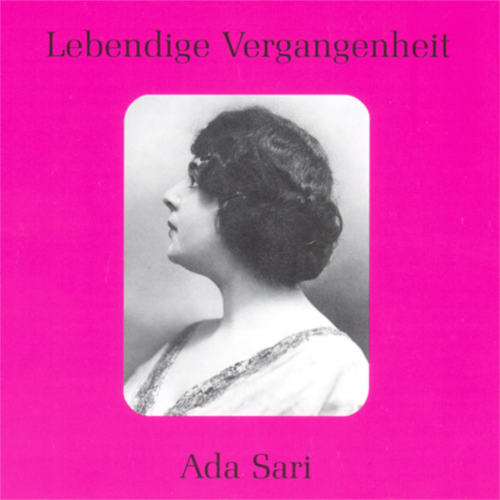 As a country of singers, Poland has not only produced a series of outstanding tenors and basses, but also – and in particular – many important coloratura sopranos. The name of the prima donna Antonia Campi (1773 – 1822) is remembered from the early days of the 19th century. Although she was often considered to be Italian because of her name, she was actually Polish (her real name was Miklasiewitz). Campi was phenomenally successful in Prague, Vienna, Dresden and Berlin, at times even putting the brilliance of the celebrated Catalani in the shade. In his memoirs, Ignaz Castelli called her “one of the most outstanding coloratura singers” whose staccato sounded “like musical pearls” and whose strength lay in the flexibility of her voice, her virtuoso fireworks. Castelli’s words could also apply to the Polish singer Ada Sari (real name: Jadwiga Szayer). Because of her stagename, she, too, was often considered to be Italian, and she, too, was a muchadmired vocal virtuoso, a master of staccato singing. However, there was just as little warmth and soul in her performances as there was in those of her legendary predecessor. Sari came at a young age to Vienna, where she took singing lessons for two years. She made her first public appearances as an operetta singer but later moved to Milan to perfect her vocal technique. For three years she studied under Maestro Antonio Rupnick and made her debut as an opera singer in Rome (Teatro Nazionale) in 1909, as Margarethe in Gounod’s Faust. This was followed by appearances at the Teatro San Carlo in Naples and on many other Italian operatic stages, but in between she often sang operas and concerts in her Polish homeland. In 1914 she sang the title role in Massenet’s Thaïs at the Warsaw Opera. The same year she sang as Mattia Battistini’s partner in Rubinstein’s The Demon, also in Warsaw. After the First World War she again appeared in Italy, from that time on almost exclusively in coloratura roles. She also made guest appearances in South America, celebrating tremendous success at the Teatro Colón in Buenos Aires. In 1923 she was engaged to sing at Milan’s La Scala, where she was particularly brilliant as the Queen of the Night in Mozart’s Magic Flute (under Toscanini). She travelled to North and South America, Spain, Portugal, Russia, Sweden, France, England and Austria, gaining a reputation as one of the most important prima donnas of her era. Of course she continued to sing at the Warsaw Opera Festival, which always brought together a group of the world’s finest singers. Among her most famous partners, in addition to Battistini, were Chaliapin, Ruffo, Bonci, Gigli, Fleta, Pertile, Galeffi, Schipa and Stracciari. Ada Sari, who was often regarded as the successor to Tetrazzini, had the principal roles of La traviata, Rigoletto, Lucia di Lammermoor, I Puritani, Linda di Chamounix, Dinorah and Lakmé as well as many others in her repertoire. One of her most famous was Rosina in Rossini’s Il barbiere. In addition, she was highly active as a concert singer. Sari was also one of the most frequently heard artists in the early days of radio. Her voice was broadcast on the stations of every conceivable country, giving her a truly worldwide reputation. From 1939 she lived in Poland, where she was mainly involved in the training of up-and-coming vocal talents. Unfortunately she failed to bid farewell to the opera stage in time, making the mistake of appearing in her formerly brilliant roles when her voice was past its prime. At the Vienna Opera (Theater an der Wien) there was a major incident related to her singing. On 29 October 1946, Sari appeared as Gilda in a Rigoletto production (which was also broadcast on radio). After the second act there were massive protests from the audience, and another singer (Emmy Loose) sang the role of Gilda to its conclusion. However, this nasty finale to a brilliant career can do nothing to tarnish the great importance of the artist Ada Sari.