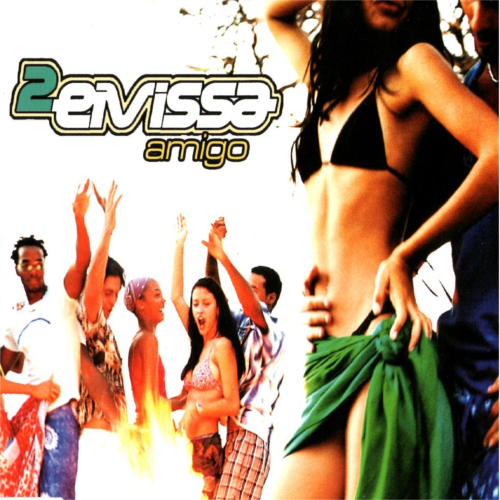 2 Eivissa are a one-hit wonder European dance act. They are best known for their 1997 song, "Oh La La La". It landed on the charts in several countries including Spain, America, Italy, United Kingdom, and Germany.[citation needed] It peaked at #13 in the UK Singles Chart in November 1997.[1] 2 Eivissa were produced by Team 33, a Hamburg, Germany based music production company.[2] Most tracks were written and produced by Ambrogio Crotti, Luigi Ricco and David Lacera.[3]. The group was originally fronted by singers Terri Bjerre and Melannie Molinnus on the first album. Bjerre pursued a solo career as Terri B, and was replaced by Jobel (Lian Ross) as vocalist from mid-1999 on. However, the live act was fronted by Jane and Francine (aka 2 Blond Bandits) until 2000.[3] The project was stopped in 2005. The 2 Eivissa project was resurrected in 2007, in the song "Hot Summer Night (Oh La La La)" by David Tavaré, using a vocal sample from "Oh La La La".